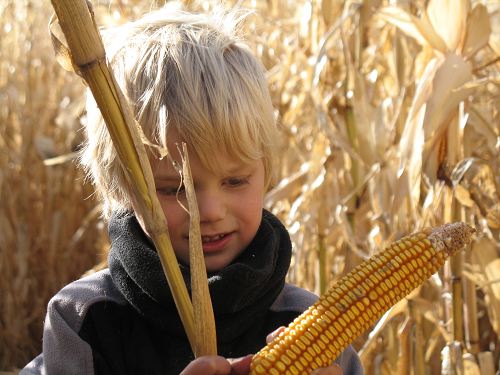 Following up on yesterday’s LCFS item, a group of biofuel researchers have written an open letter to the gubernator, protesting the inclusion of indirect land use emissions in biofuel assessments for the LCFS. The letter is followed by 12 pages of names and affiliations – mostly biologists, chemical engineers, and ag economists. They ask for a 24-month moratorium on regulation of indirect land use effects, during which all indirect or market-mediated effects of petroleum and alternative fuels would be studied.

I have mixed feelings about this. On one hand, I don’t think it’s always practical to burden a local regulation with features that attempt to control its nonlocal effects. Better to have a simple regulation that gets imitated widely, so that nonlocal effects come under control in their own jurisdictions. On the other hand, I don’t see how you can do regional GHG policy without some kind of accounting for at least the largest boundary effects. Otherwise leakage of emissions to unregulated jurisdictions just puts the regions who are trying to do the right thing at a competitive disadvantage.

Some of the specific observations on the letter:

The push to include iLUC in the carbon score for biofuel is driven at least partially by concerns about global deforestation. … it is worth noting that most primary forest deforestation is currently occurring in places like Brazil, Indonesia and Russia as a direct result of logging, cattle ranching and subsistence farming. Adding an iLUC penalty to biofuels will hold the sector accountable to decision-making far outside of its control (i.e. for decisions related to the supply chains of other products), and is unlikely to have any effect on protecting forests or mitigating GHG emissions as a result of land management practices.

True, deforestation is beyond the control of ARB. But so is gravity, and we don’t propose to ignore that. If a relationship can be demonstrated between fuel use and deforestation, given current policies elsewhere, shouldn’t regulation account for that? If deforestation is truly driven by everything but biofuels, then the letter should be attacking the models that say it’s not. They do criticize ARB’s chosen model, GTAP, particularly for its failure to represent innovation, scoring a few points. They also rightly point out that ARB has failed to conduct much sensitivity analysis. However, I think one could equally argue that the CGE analysis is basically short-term, and thus that higher long-term elasticities of land conversion and other processes could increase land use effects.

But because indirect effects are not enforced against any other fuel in the proposed LCFS, an iLUC penalty will chill investment in both conventional and advanced biofuel production, including advanced biofuels made from dedicated energy feedstocks such as switchgrass and miscanthus…

It’s not clear to me that this is true. First, I’m not aware of any indirect effects of the conventional petroleum production process that have anywhere near the scale of land use, and the issue has not gone unscrutinized. Second, a land use penalty would only affect advanced fuels if CARB decides to assess one, which to my knowledge they have not.

… penalizing a biofuel gallon for direct and indirect land use change is the equivalent of ascribing the carbon impact of land converted to produce biofuel feedstock as well as the land needed to produce another, allegedly displaced supply chain …. it is clear that indirect effects should not be enforced against only one fuel pathway. Petroleum, for example, has a price-induced effect on commodities, the agricultural sector and other markets. Electric cars will increase pressure on the grid, potentially increasing the demand for marginal electricity production from coal, natural gas or residual oil. Yet, to date, ARB is proposing to enforce indirect effects against biofuel production only. This proposal creates an asymmetry or bias in a regulation designed to create a level playing field.

Unfortunately, land use effects exist even in dynamic general equilibrium models that do treat the market-mediated effects of all fuels symmetrically, e.g., IGSM. The treatments of fuels is less asymmetric than it appears; for example, the market mediated effects of all fuels on non-ag commodities has been ignored. If a significant path of influence from petroleum use to land use emissions (or some other major indirect source) could be identified, this argument might be more convincing. To remain consistent, ARB would have to account for process emissions in oil sands production, which is sure to be contentious, but so far it sounds like that’s exactly what they’ll do. The electricity argument is a red herring, because ARB does explicitly calculate an emissions factor for the marginal watt.

Proponents of iLUC inclusion claim that all regulations are uncertain. This is true. However, the level of uncertainty implicated here far outweighs that found in other regulatory fields. … It is also not enough to suggest that iLUC is a significant indirect effect, while other indirect effects are likely smaller. The magnitude of the alleged iLUC effect ranges from zero to very large, depending on the assumptions utilized. This is also likely true for other fuels, especially with regard to the marginal gallons of petroleum that are coming into the marketplace, such as heavy oil,
enhanced oil recovery, and tar sands. Either way, even small effects are significant under the LCFS. Just a few g/MJ separate corn ethanol from petroleum in the proposed regulation, and advanced biofuel is very close to CNG and hydrogen under certain scenarios.

I doubt that heavy crudes will turn out to have high indirect emissions. High upstream process emissions, yes, but those are part of the direct package and will likely be included. I expect that the indirect effects of biofuels will continue to loom large, even as uncertainty is resolved. That aside, I think they’ve hit the nail on the head here with the comments on uncertainty. Market shares needed to meet the LCFS are very sensitive to the intensity of particular fuels, especially when their advantage over gasoline is near the threshold needed for compliance. The possibility of large errors in measuring those intensities is very real, so the LCFS could push the market dramatically in the wrong direction.