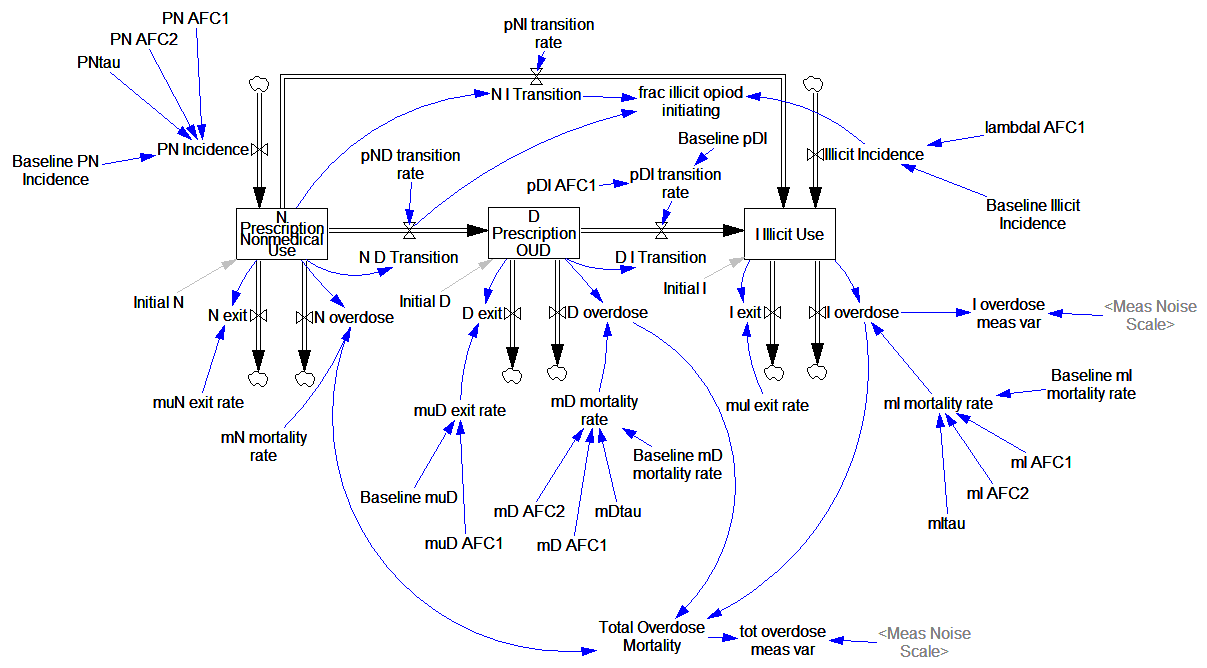 It looks complicated, but it’s not complex. It’s basically a cascade of first-order delay processes: the outflow from each stock is simply a fraction per time. There are no large-scale feedback loops. END_OF_DOCUMENT_TOKEN_TO_BE_REPLACED

So, the interesting question is whether we can – from partway through the history of the system – estimate the ultimate number of indictments and convictions it will yield. This is fraught with danger, especially when you have no independent information about the “physics” of the system, especially the population of potential crooks to be caught. END_OF_DOCUMENT_TOKEN_TO_BE_REPLACED

This archive contains the FREE climate-economy model, as documented in my thesis. END_OF_DOCUMENT_TOKEN_TO_BE_REPLACED

Source: Replicated by Tom Fiddaman based on an earlier replication of Rahmstorf provided by John Sterman

Grinsted_v3c-k2‎ – third model; set up for Kalman filtering, as in Part V