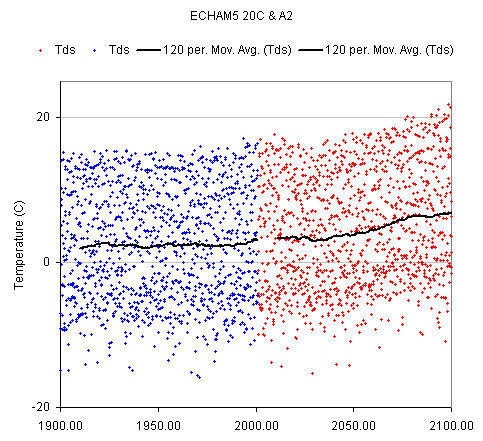 END_OF_DOCUMENT_TOKEN_TO_BE_REPLACED

The Saturn V used for the Apollo missions burned 203,000 gallons of RP-1 (basically kerosene) in its first stage. At 820 kg/m^3, that’s 630 metric tons of fuel. Liquid hydrocarbons tend to be close to CxH2x, or about 85% carbon by mass, so that’s 536 metric tons of carbon, which yields 1965 tons CO2 when burned, or 655 TonCO2/astronaut. Obviously that’s not personal consumption, but it is a lot of carbon in the atmosphere.

The emerging space tourism industry, on the other hand, is primarily personal consumption. I’d love to take the trip, but I’d be a little put off if the consequences of seeing the big blue marble from above were to make a major contribution to climate change. So, what are the consequences?

It’s a good idea to read things you criticize; checking your sources doesn’t hurt either. One of the most frequent targets of uninformed criticism, passed down from teacher to student with nary a reference to the actual text, must be The Limits to Growth. In writing my recent review of Green & Armstrong (2007), I ran across this tidbit:

Complex models (those involving nonlinearities and interactions) harm accuracy because their errors multiply. Ascher (1978), refers to the Club of Rome’s 1972 forecasts where, unaware of the research on forecasting, the developers proudly proclaimed, “in our model about 100,000 relationships are stored in the computer.” (page 999)

Setting aside the erroneous attributions about complexity, I found the statement that the MIT world models contained 100,000 relationships surprising, as both can be diagrammed on a single large page. I looked up electronic copies of World Dynamics and World3, which have 123 and 373 equations respectively. A third or more of those are inconsequential coefficients or switches for policy experiments. So how did Ascher, or Ascher’s source, get to 100,000? Perhaps by multiplying by the number of time steps over the 200 year simulation period – hardly a relevant measure of complexity.

Meadows et al. tried to steer the reader away from focusing on point forecasts. The introduction to the simulation results reads,

Each of these variables is plotted on a different vertical scale. We have deliberately omitted the vertical scales and we have made the horizontal time scale somewhat vague because we want to emphasize the general behavior modes of these computer outputs, not the numerical values, which are only approximately known. (page 123)

Many critics have blithely ignored such admonitions, and other comments to the effect of, “this is a choice, not a forecast” or “more study is needed.” Often, critics don’t even refer to the World3 runs, which are inconvenient in that none reaches overshoot in the 20th century, making it hard to establish that “LTG predicted the end of the world in year XXXX, and it didn’t happen.” Instead, critics choose the year XXXX from a table of resource lifetime indices in the chapter on nonrenewable resources (page 56), which were not forecasts at all. END_OF_DOCUMENT_TOKEN_TO_BE_REPLACED

The Fed has just doled out over $300 billion in loans to bail out Bear Stearns and other bad actors in the subprime mortgage mess. It’s hard to say what fraction of that capital is really at risk, but let’s say 10%. That’s a pretty big transfer to shareholders, especially considering that there’s nothing in it for the general public other than avoidance of financial contagion effects. If this were an environmental or public health issue, skeptics would be lined up to question whether contagion in fact exists, whether fixing it does more harm than good (e.g., by creating future moral hazard), and whether there’s a better way to spend the money. Contagion would have to be proven with models, subject to infinite scrutiny and delay. Yet here, billions are doled out with no visible analysis or public process, based on policies invented ad hoc. Perhaps a little feedback control is needed here: let’s create a bailout fund, supported by taxes on firms that are deemed too big to fail by some objective criteria. Then two negative feedbacks will operate: firms that get too large will be encouraged to split themselves into manageable chunks, and the potential beneficiaries of bailouts will have to ask themselves how badly they really want insurance. Let’s try it, and see how long the precautionary principle lasts in the financial sector.

Update: Paul Krugman has a nice editorial on the problem.

And if financial players like Bear are going to receive the kind of rescue previously limited to deposit-taking banks, the implication seems obvious: they should be regulated like banks, too. 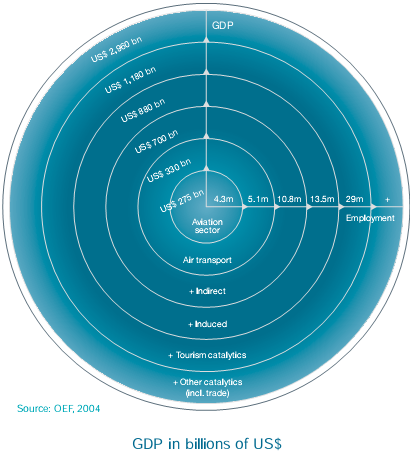 So, direct air transport is closer to 1% of GDP. Comparing direct GDP of 1% to direct emissions of 2% no longer looks favorable, though – especially when you consider that air transport has other warming effects (contrails, non-CO2 GHG emissions) that might double or triple its climate impact. The IPCC Aviation and the Global Atmosphere report, for example, places aviation at about 2% of fossil fuel use, and about 4% of total radiative forcing. If IATA wants to count indirect GDP and employment, fine with me, but then they need to count indirect emissions on the same basis. END_OF_DOCUMENT_TOKEN_TO_BE_REPLACED

END_OF_DOCUMENT_TOKEN_TO_BE_REPLACED

I reviewed Green & Armstrong’s paper and concluded that their claims were overstated. I responded as follows: END_OF_DOCUMENT_TOKEN_TO_BE_REPLACED

Some further digging reveals that the article is full of holes: END_OF_DOCUMENT_TOKEN_TO_BE_REPLACED