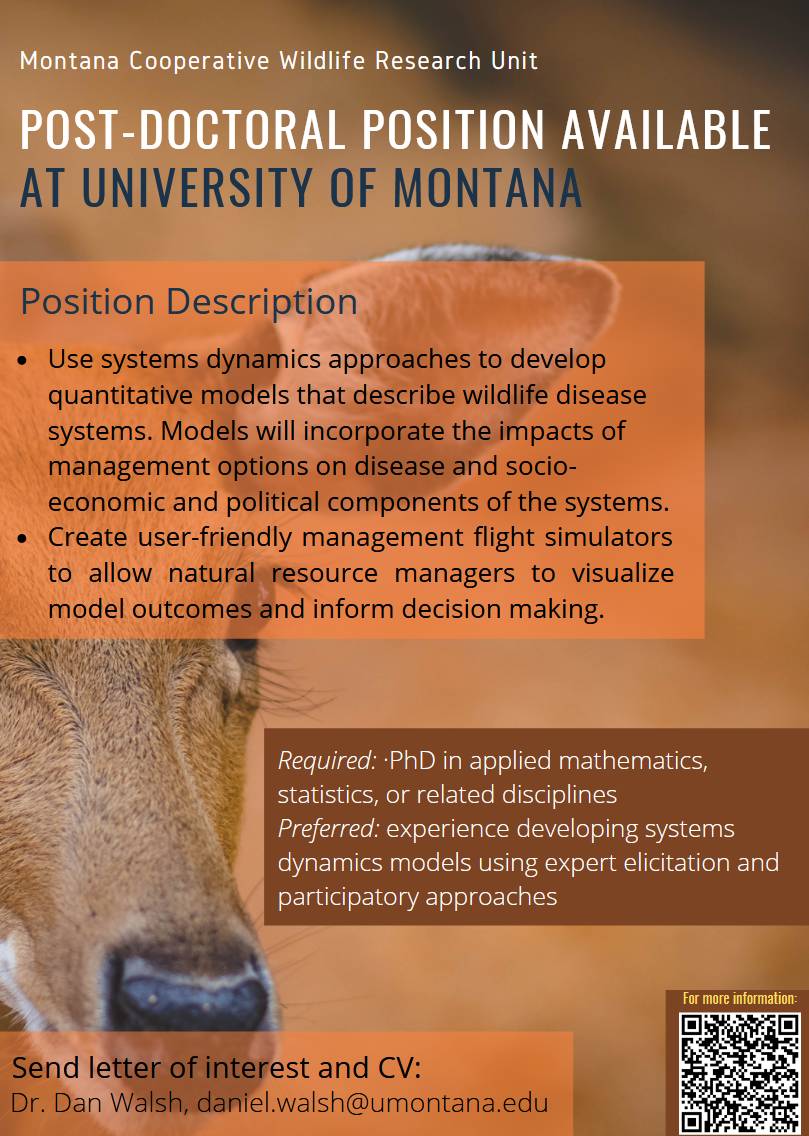 This is an interesting opportunity. The topic is important, it’s a hard problem, and it’s interesting both on the techy side and the people/process side. You can get a little flavor of recent CWD work here. The team is smart & nice, and supports competent and ethical resource managers on the ground. Best of all, it’s in Montana, though you do have to be a Griz instead of a Cat.

That QR code (and this link) points to the full job listing.

From some interesting discussions with Angie Moon, a first cut at a taxonomy of parameters in SD models, with their fates: 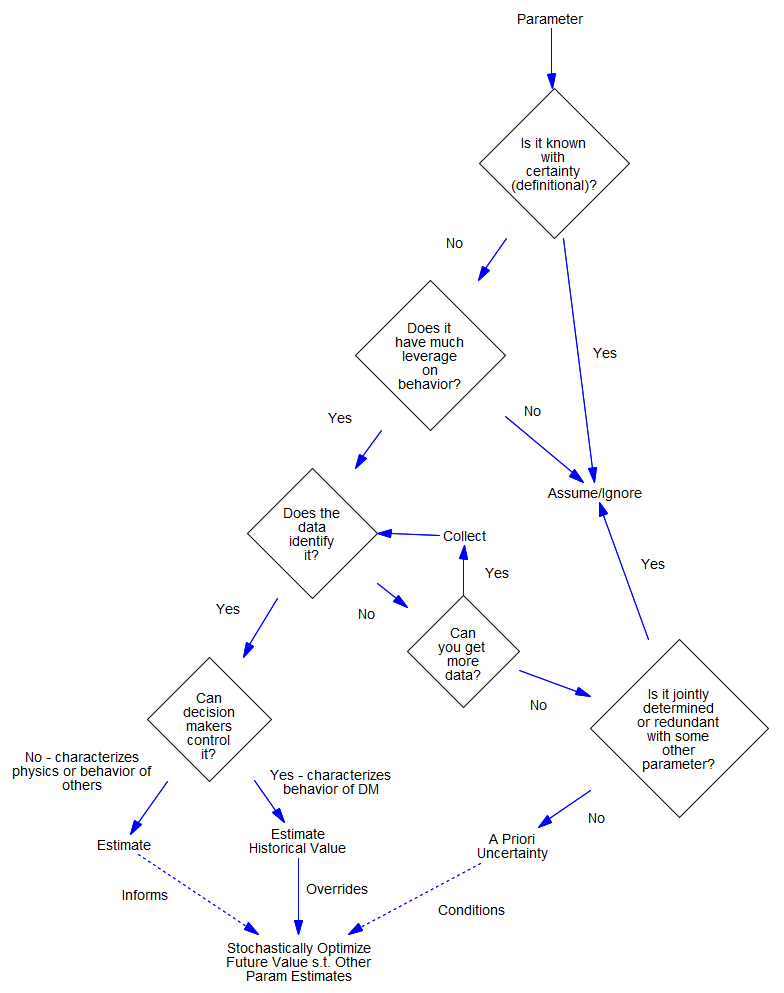 There are lots of interesting developments in machine learning for time series modeling, but can an AI write about systems sensibly? I decided to try a few free online AI content generators.

System dynamics modeling is a mathematical model that helps us understand how systems work and how they interact with each other. SDM is useful for understanding complex systems and their behavior over time. In addition, it can help predict future outcomes based on current conditions.

There are many causes of project delays and disruptions. Some of these causes include:

Well, we didn’t get the rework cycle or any feedback effects, but not an entirely useless effort.

Do climate tipping points signal the onset of Limits to Growth?

Another reason why climate tipping points signal the onset of limits to growth is because they are a harbinger of future economic problems. Scientists have warned us about manmade climate change for years; however, most people ignore their warnings and keep on using fossil fuels anyway. This is causing major problems for our planet, including droughts, rising sea levels and more frequent natural disasters. Unfortunately, many people are paying little attention to the warnings; they think they can ignore them and avoid problems later. Governments and environmental groups should prepare for future economic problems by investing in renewable resources and making changes in agriculture to reduce food insecurity.

I have to say, the AI is making more sense than the South Dakota legislature.

Should hunters try to harvest more deer to help slow the growth of chronic wasting disease? Or is the cure worse than the disease, so we are merely killing deer now to avoid them dying later?

This is a case of a deer that had been found dead by an early hunter, then found by another hunter on the same day. These hunters were in the woods for several days, hunting deer. Then, for a week or more, the deer had eaten enough grass to cover itself, leaving the deer lying in its own feces. In the United States, this is called wasting. Chronic wasting is an infectious disease that, in humans, is caused by bacteria. When a person is infected with chronic wasting, they begin losing weight and become weak. They begin to smell bad, have sores on their body, lose their appetite, feel tired, listless and weak, having trouble standing up. Some people lose consciousness. Their physical…

I guess we still need modelers for some things.

Verghese: You were prescient about the shape of the BA.5 variant and how that might look a couple of months before we saw it. What does your crystal ball show of what we can expect in the United Kingdom and the United States in terms of variants that have not yet emerged?

Pagel: The other thing that strikes me is that people still haven’t understood exponential growth 2.5 years in. With the BA.5 or BA.3 before it, or the first Omicron before that, people say, oh, how did you know? Well, it was doubling every week, and I projected forward. Then in 8 weeks, it’s dominant.

It’s not that hard. It’s just that people don’t believe it. Somehow people think, oh, well, it can’t happen. But what exactly is going to stop it? You have to have a mechanism to stop exponential growth at the moment when enough people have immunity. The moment doesn’t last very long, and then you get these repeated waves.

You have to have a mechanism that will stop it evolving, and I don’t see that. We’re not doing anything different to what we were doing a year ago or 6 months ago. So yes, it’s still evolving. There are still new variants shooting up all the time.

At the moment, none of these look devastating; we probably have at least 6 weeks’ breathing space. But another variant will come because I can’t see that we’re doing anything to stop it.