In an effort to get a handle on Waxman Markey, I’ve been digging through the EPA’s analysis. Here’s a visualization of covered vs. uncovered emissions in 2016 (click through for the interactive version).

The orange bits above are uncovered emissions – mostly the usual suspects: methane from cow burps, landfills, and coal mines; N2O from agriculture; and other small process or fugitive emissions. This broad scope is one of W-M’s strong points.

(1) IN GENERAL- The Administrator shall allocate emission allowances to energy-intensive, trade-exposed entities, to be distributed in accordance with section 765, in the following amounts:

(B) For vintage year 2014, up to 15 percent of the emission allowances established for that year under section 721(a).

(i) the amount specified in paragraph (2); multiplied by

(i) the amount specified in paragraph (3); multiplied by

(i) the amount specified in paragraph (4); multiplied by

(ii) multiplied by a factor that shall equal 90 percent for 2026 and decline 10 percent for each year thereafter until reaching zero, except that, if the President modifies a percentage for a year under subparagraph (A) of section 767(c)(3), the highest percentage the President applies for any sector under that subparagraph for that year (not exceeding 100 percent) shall be used for that year instead of the factor otherwise specified in this clause.

What we have here is really a little dynamic model, which can be written down in 4 or 5 lines. The intent is apparently to stabilize the absolute magnitude of the allocation to trade-vulnerable industries. In order to do that, the allocation share has to rise over time, as the total allowances issued falls. After 2026, there’s a 10%-per-year phaseout, but that’s offset by the continued upward pressure on share from the decline in allowances, so the net phaseout rate is about 5%/year, I think. Oops: Actually, I think now that it’s the other way around … from 2017-2025, the formula decreases the share of allowances allocated at the same rate as the absolute allowance allocation declines. Thereafter, it’s that rate plus 10%. There is no obvious rationale for this strange method.

Seems to me that if legislators want to create formulas this complicated, they ought to simply write out the equations (with units) in the text of the bill. Otherwise, natural language hopelessly obscures the structure and no ordinary human can participate effectively in the process. But perhaps that’s part of the attraction?

While the Case-Shiller index is down and the conventional wisdom suggests that housing prices will continue to fall, the RPX composite is up for the first time since 2007. The year-on-year ratio hit bottom in Feb 09. The RPX has a lot less lag than the CSI, but also a seasonal signal, so this could merely mean that seasonally adjusted prices are just falling more slowly, but it would be nice if it reflected green shoots. I’m not holding my breath though. 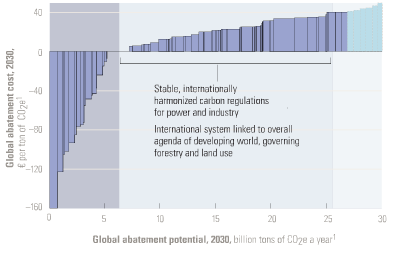 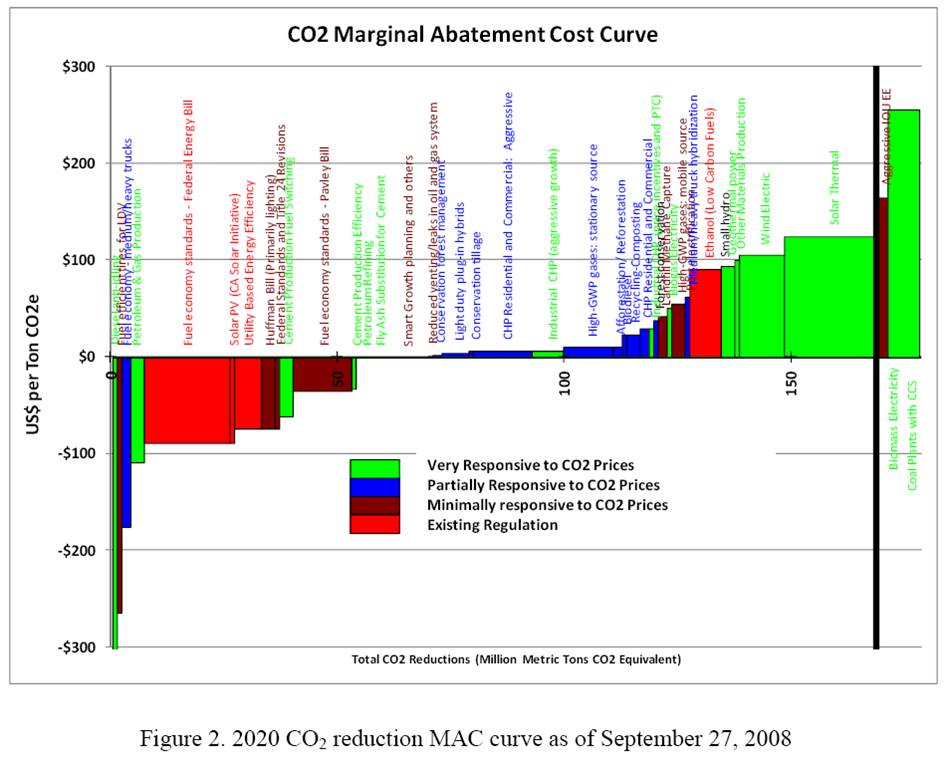 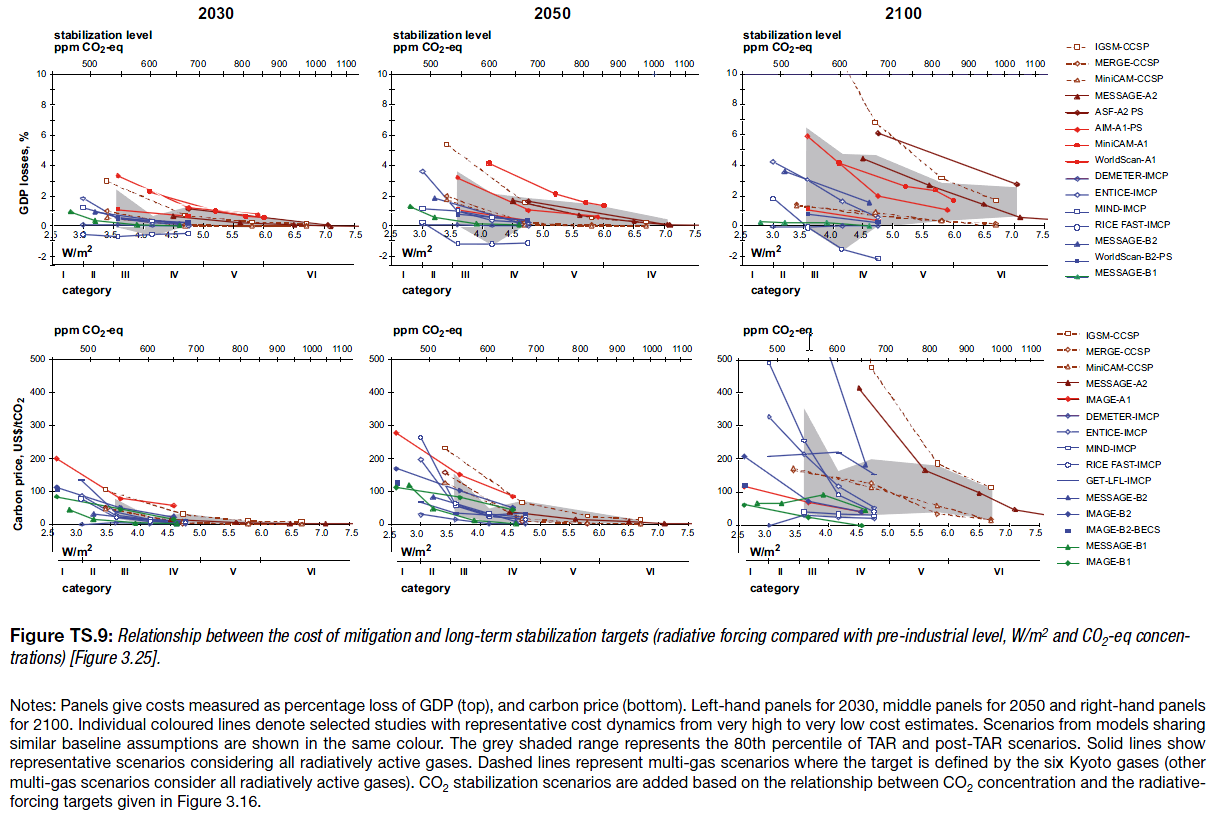 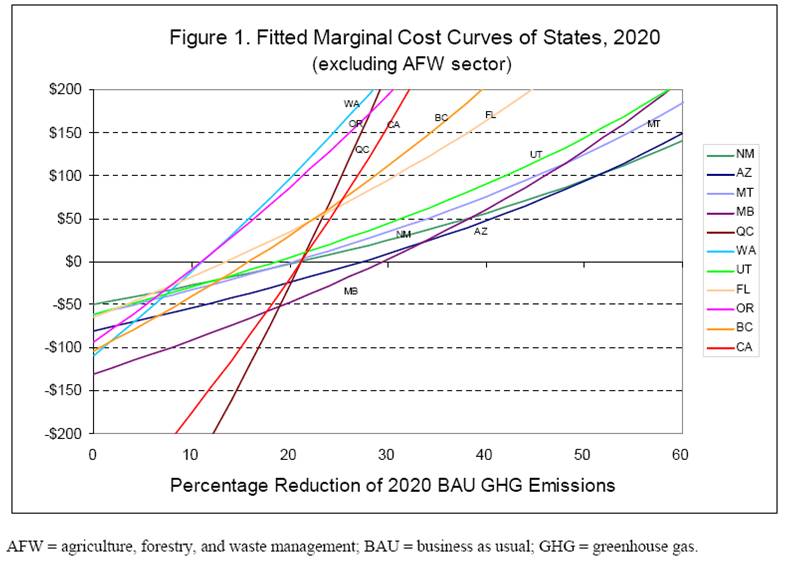 This just in from CNAS:

ABC News will air Earth 2100, the prime time documentary for which they filmed the war game, on June 2, 2009, at 9:00 p.m. (EST). You can view a promotional short report on the documentary from ABC News online, and hopefully you will all be able to view it on television or via Internet.

In conjunction with the airing of the documentary, CNAS has made the participant briefing book and materials from the game available online. We encourage other institutions to use and cite these materials to learn about the game and to stage their own scenario exercises. I also hope that they will be useful to you for your own future reference.

Finally, we are posting a short working paper of major findings from the game. While the game did not result in the kind of breakthrough agreements we all would have liked to see, this exercise achieved CNAS’s goals of exploring and highlighting the potential difficulties and opportunities of international cooperation on climate change. I know that everyone took away different observations from the game, however, and I hope that you will share your memories and your own key findings of the event with us, and allow us to post them online as a new section of the report.

Visit the Climate Change War Game webpage to view the CNAS report on major findings and background on developing the 2015 world, the participant briefing book, and materials generated from the game.

… is Marty Feldstein’s lame arguments against it.

There is one nugget of wisdom in Feldstein’s piece: it’s a travesty to overcompensate carbon-intensive firms, and foolish to use allowance allocation to utilities to defeat the retail price signal. I haven’t read the details of the bill yet, so I don’t know how extensive those provisions really are, but it’s definitely something to watch.

Well, OK, lots of things are worse than cap & trade. More importantly, one thing (an upstream carbon tax) could be a lot better than Waxman Markey. But it’s sad when a Harvard economist sounds like an astroturf skeptic.

Some thoughts I’ve been collecting, primarily oriented toward system dynamics modeling in Vensim, but relevant to any modeling endeavor: