Next, change the equation editor to a monospaced font (Courier New 9pt), so I don’t go blind or crazy trying to insert the cursor between a pair of l’s or the !] in a subscript summation. You can also make sketches and graphs look nice with alternate defaults.

Next, make the default graph background a little more Tufteish: 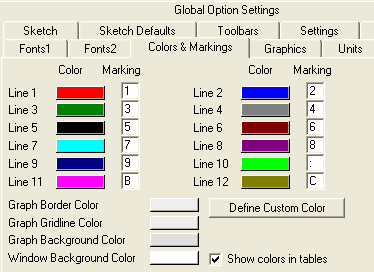 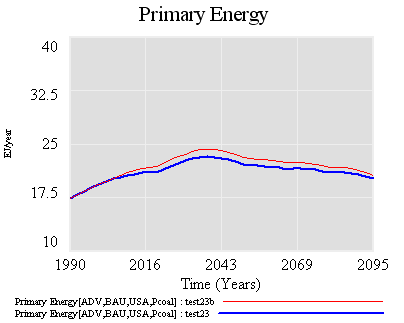 Allow multiple models to be open at once. As a rule, it’s better to edit only one model at a time (otherwise dataset loading and other things can become confusing), but I often like to have several others open for reference or copy/pasting.

Normally I’d also set up compiled simulation, but I don’t yet have a compiler on my new computer.

Finally, colorize the toolbars (by right-clicking each button). You’ll notice that I’ve added some extra arrow instances to the sketch (top) toolbar, and extra charts and other goodies to the analysis (left) toolbar; you can modify the toolsets under the Tools menu. 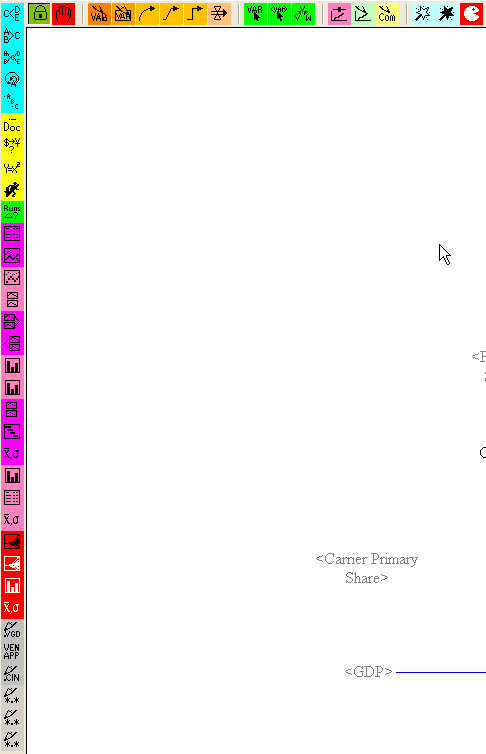 Others (recently departed Ventana modeler Dan Goldner) have a nicer aesthetic sense, but if you can stand my garish coloring, you can have these toolsets:

2 thoughts on “Setting Up Vensim”