A big question is what population to use as a basis. If you use current population, that’s fine, but it’s important to recognize that a comparison of per caps in 2100 between countries with slow and rapid population growth in effect gives credit for creating more people – possibly not a desirable incentive. Here are cumulative per capita emissions for developed and developing countries on a current basis, along a hypothetical 2C path with stricter commitments for developed countries: 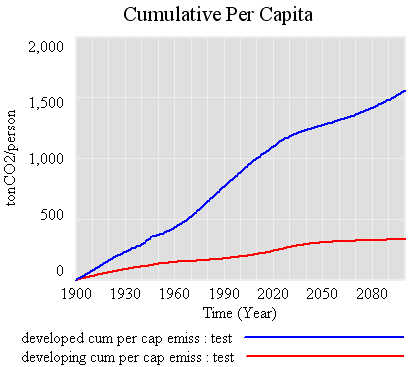 If you don’t want your metric to credit future population growth, you can freeze population in the denominator at current levels, which looks like this: 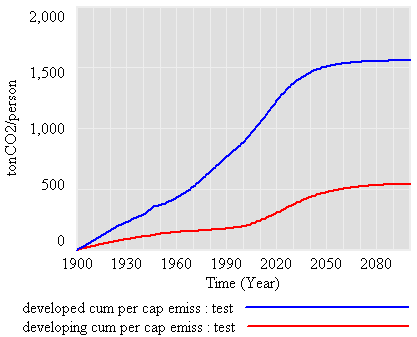 If you wanted to ponder history, you could use a 1900 population basis: 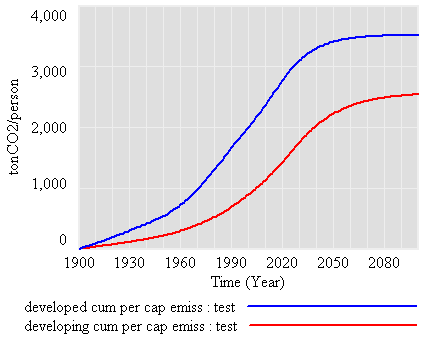