We recently discovered – after 8 years without TV – that we actually can get reception. We watched a bit of the Olympics. My sons were amused and amazed by the ads, which they otherwise seldom see.

The loop makes a cameo appearance in this CLD we dreamed up during a conversation about education, skill and motivation: 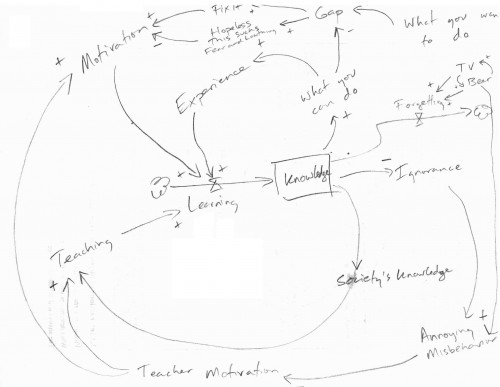 It’s a good thing we don’t get Fox, or they’d probably have a lot more to say.