Almost fifty years ago, economists claimed that markets would save us from Limits to Growth. Here’s William Nordhaus, writing about World Dynamics in Measurement without Data (1973):

How’s that working out? I would argue, not well.

Certainly there are functional markets for commodities like oil and gas, but even then a substantial share of the resources are allocated by myopic regulators captive to industry interests.

But for practically everything else, the markets that would in theory allocate across resources, time and space simply don’t exist, even today. 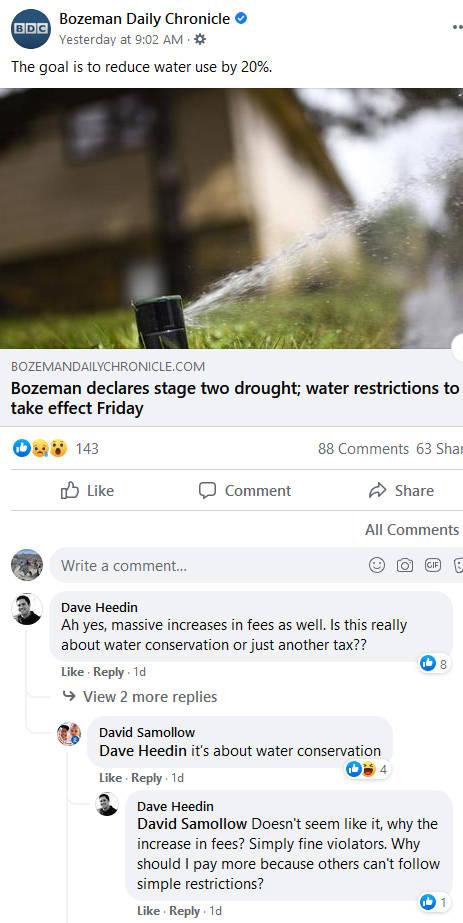 Joseph Stiglitz explained in the WSJ:

A similar pattern could unfold again. But economic forces alone may not be able to fix the problems this time around. Societies as different as the U.S. and China face stiff political resistance to boosting water prices to encourage efficient use, particularly from farmers. …

This troubles some economists who used to be skeptical of the premise of “The Limits to Growth.” As a young economist 30 years ago, Joseph Stiglitz said flatly: “There is not a persuasive case to be made that we face a problem from the exhaustion of our resources in the short or medium run.”

Today, the Nobel laureate is concerned that oil is underpriced relative to the cost of carbon emissions, and that key resources such as water are often provided free. “In the absence of market signals, there’s no way the market will solve these problems,” he says. “How do we make people who have gotten something for free start paying for it? That’s really hard. If our patterns of living, our patterns of consumption are imitated, as others are striving to do, the world probably is not viable.”

What is the price of declining rainforests, reefs or insects? What would markets quote for killing a bird with neonicotinoids, or a wind turbine, or for your Italian songbird pan-fry? What do gravel pits pay for dust and noise emissions, and what will autonomous EVs pay for increased congestion? The answer is almost universally zero. Even things that have received much attention, like emissions of greenhouse gases and criteria air pollutants, are free in most places.

These public goods aren’t free because they’re abundant or unimportant. They’re free because there are no property rights for them, and people resist creating the market mechanisms needed. Everyone loves the free market, until it applies to them. This might be OK if other negative feedback mechanisms picked up the slack, but those clearly aren’t functioning sufficiently either.