“Other” includes refinery losses (which should actually be attributed in part to crude), distribution, other taxes, profit, etc. There just isn’t a lot of room between the cost of crude and the cost of gasoline, so it’s hard to believe that eliminating the excise tax is going to make much difference. The potential 5% price reduction from cutting the tax may not even be realized under the Clinton option (replacing the money with a windfall profits tax), because suppliers will adjust their pricing and investment to offset the new tax. The McCain proposal is even worse, because it subsidizes driving by funding highways from general revenue. Whether you’re a capitalist or environmentalist, the tax cut sends the wrong economic signals – that roads are free, externalities don’t matter, the government will bail out drivers, etc.

Sending the wrong signals probably has little effect in the short run; if the price elasticity of fuel demand is low (<0.1), the tax cut would increase US consumption by at most 0.5%. However, in the long run, it can trigger quite significant effects on fuel economy, supply, land use, and other behaviors connected with driving: 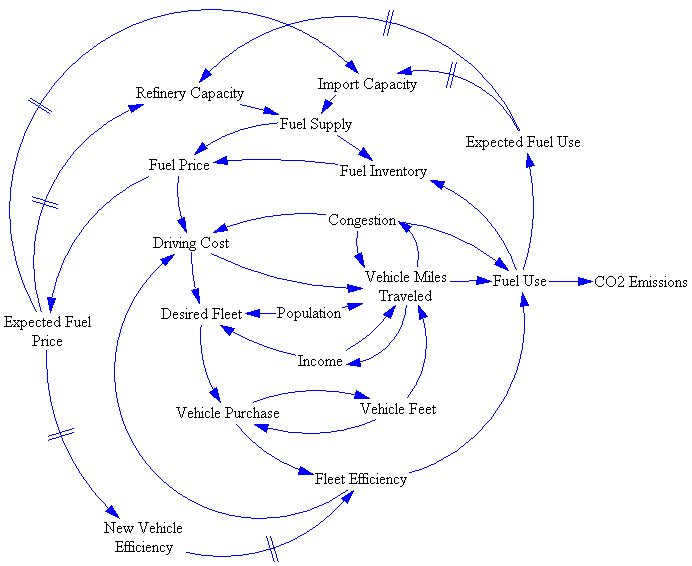