Hard on the heels of the leaked “Danish text” comes the emerging economy response, the “Copenhagen Accord.” Press coverage indicates that it’s a call for -40% of 1990 by 2020 in the developed world, but the actual text (linked at the end of the article at COP15.dk) has no such details. 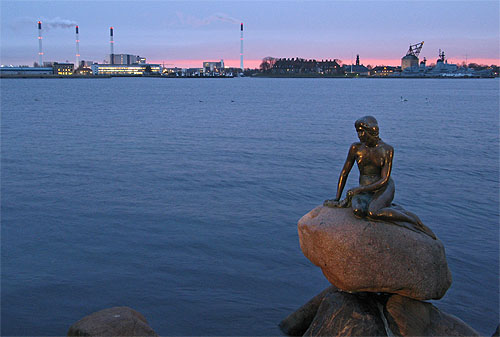 The Copenhagen Accord is notable mainly for what it lacks: there are no global goals, and no explicit developing country targets. However, it does affirm the Framework Convention, “to stabilize greenhouse gas concentrations in the atmosphere at a level that would prevent dangerous anthropogenic interference with the climate system.” I’m actually not a strong proponent of hard country commitments for 2050, because they are politically so dubious, and will most likely have to be changed anyway. However, I think it’s quite important to at least agree on an objective in general terms. By failing to state a global goal, does this document redefine “dangerous interference” to include whatever emissions trajectory we happen to get, or does it assume that uncoordinated developed country actions (including support of mitigation in the developing world) will be enough to avoid it?

Similarly, page 1 recognizes “that the right to development and equitable opportunity of development are inalienable basic human rights of all nations, and social economic development and poverty eradication are the first and overriding priorities of developing countries.” I think that human rights are for humans, not nations, but apart from that quibble, this is a good principle. However, I fear that the underlying mental model behind this statement is less admirable. Does it mean, for example, that the authors think a 650ppm future is OK, as long as their GDP goes up? To assume that on-market growth can more than compensate for climate impacts is a risky proposition, especially for the poorest countries. Alternately, does it mean that the authors think the supported mitigation actions, financial and technology transfers, and other mechanisms outlined in the text will be enough to permit development without contradiction of the “dangerous interference” objective? If so, the agreement needs to be a lot more specific about how this will work.

This document, and to a lesser extent the Danish text, really reinforces my perception that modelers and other quantitative folks are living on a different planet from those who craft these drafts. The Copenhagen Accord buries a short page worth of principles in 11 pages of obscure jargon. I had to read it several times to even determine whether it suggested concrete targets. Why not just get to the point? The legalese can come later. Sure, some details are important, like who has jurisdiction over financial flows, but list those as principles rather than enumerating every minor point. Needless detail is more than a time-waster; it actually gets in the way of identifying creative solutions by imposing spurious constraints.

1 thought on “The "Copenhagen Accord"”