Trump gets well-deserved criticism for denying having claimed that the Chinese invented climate change to make  US manufacturing non-competitive. 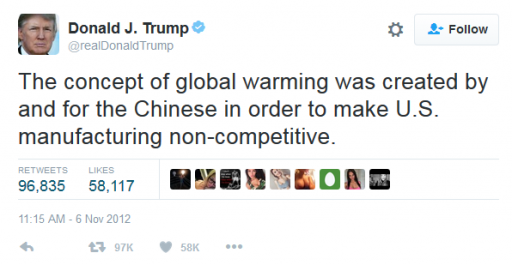 The idea is absurd on its face. Climate change was proposed long before (or long after) China figured on the global economic landscape. There was only one lead author from China out of the 34 in the first IPCC Scientific Assessment. The entire climate literature is heavily dominated by the US and Europe.

But another big reason to doubt its veracity is that climate policy, like emissions pricing, would make Chinese manufacturing less competitive. In fact, at the time of the first assessment, China was the most carbon-intensive economy in the world, according to the World Bank: 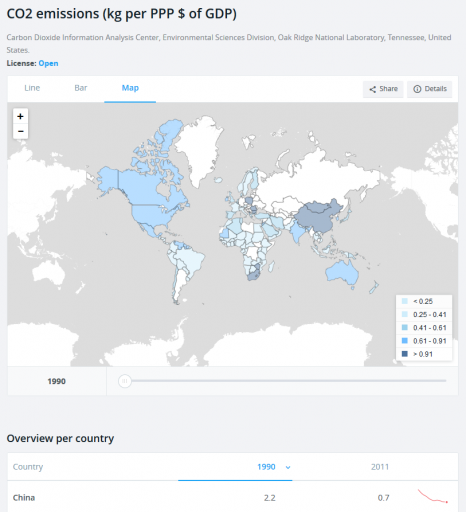 Today, China’s carbon intensity remains more than twice that of the US. That makes a carbon tax with a border adjustment an attractive policy for US competitiveness. What conspiracy theory makes it rational for China to promote that?