BLM Public Lands Statistics show that the federal government holds about 643 million acres – about 2 acres for each person.

But what would you really get if these lands were transferred to the states and privatized by sale? Asset sales would distribute land roughly according to the existing distribution of wealth. Here’s how that would look:

The other 80% of America would split the remaining 14% of the land. That’s about a third of an acre each, which would be a good-sized suburban lot, if it weren’t in the middle of Nevada or Alaska.

You can’t even see the average person’s share on a graph, unless you use a logarithmic scale: 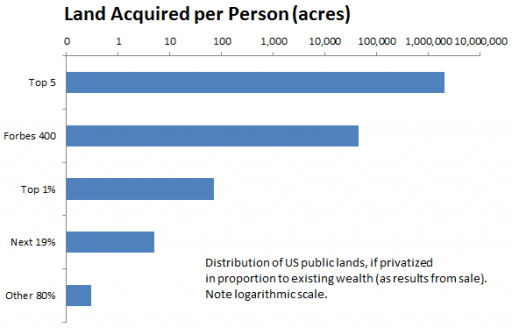 Otherwise, the result just looks ridiculous, even if you ignore the outliers: 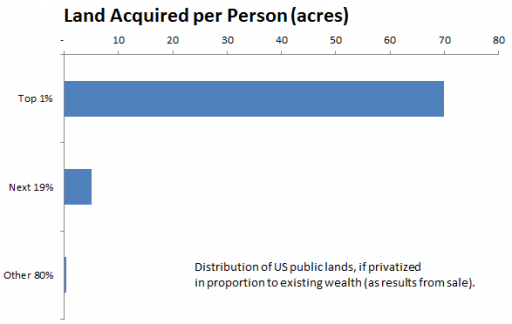