A slide at ISSS wonders what the big ideas about systems are: 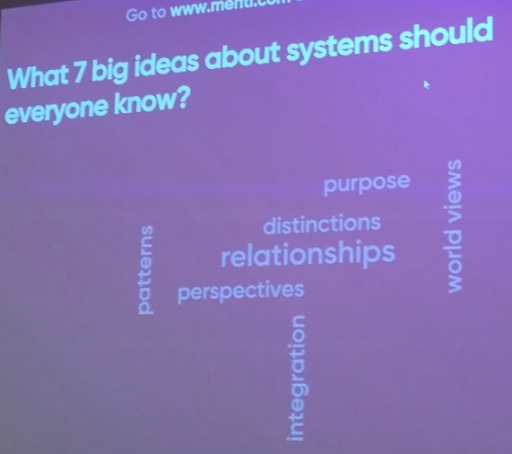 * h/t Angelika Schanda for posting the slide above in the SD Society Facebook group.

** Added following a suggestion by Gustavo Collantes on LinkedIn, which also mentioned learning. That’s an interesting case, because elements of learning are present in ordinary feedback loops, in evolution (imitation), and in self-reference (system redesign).