Modeling expressions of futility for fun.

I just learned a beautiful Dutch idiom, dweilen met de kraan open. It means “mopping [the floor] with the the faucet running.” I’m not sure there’s a common English equivalent that’s so poetic, but perhaps “treating the symptoms, not the cause” is closest.

This makes a nice little model: 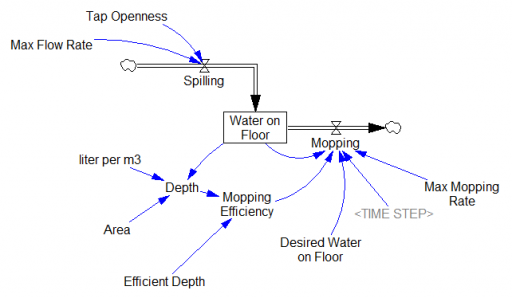 If you’re a slow mopper, you can never catch up with the tap: 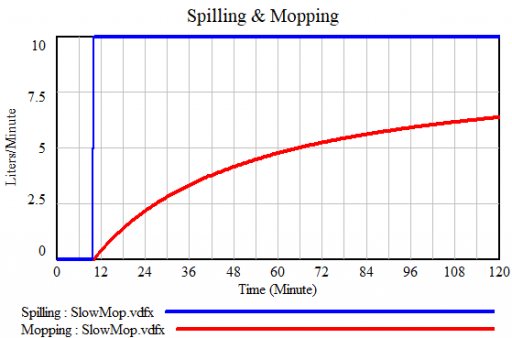 If you’re fast, you can catch up, but not reverse the process: 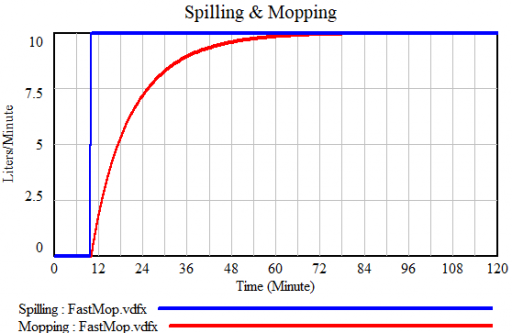 Either way, as long as you don’t turn off the tap, there will always be water on the floor: 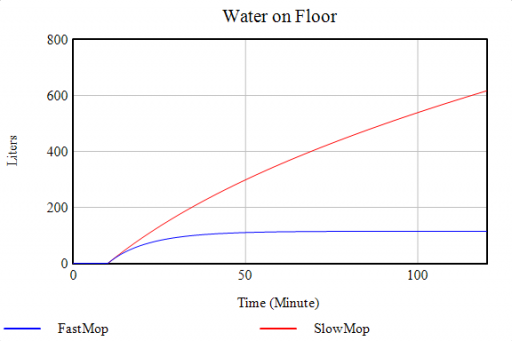 The structure of the system above is nearly the same as filling a leaky bucket, except that the user is concerned with the inflow rather than the outflow. 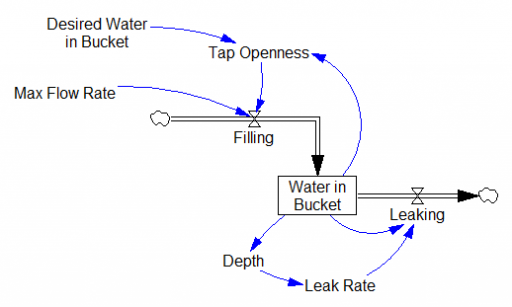 Failure to patch the leak is equally frustrating. (If you implement this, beware: leaky buckets are nonlinear!)

Beating a dead horse and fiddling while Rome burns 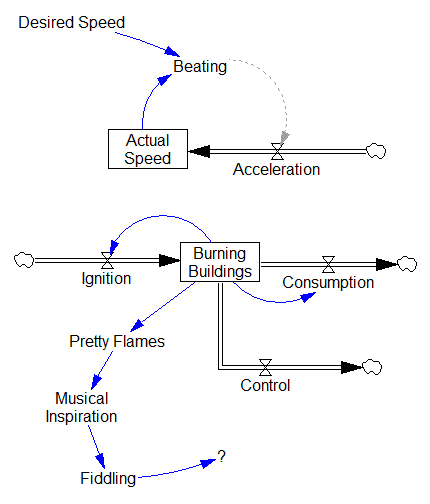 Biting off more than you can chew

This one’s fun because it only becomes an exercise in futility when you cross a nonlinear threshold. 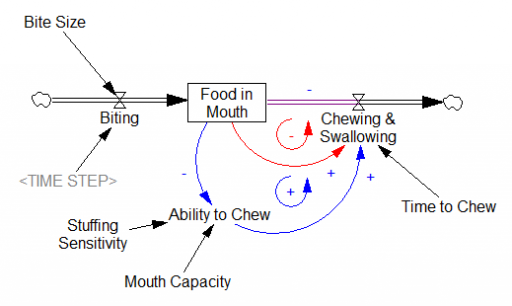 As long as you take small bites, the red loop of “normal” chewing clears the backlog of food in mouth in a reasonable time. But when you take a huge bite, you exceed the mouth’s capacity. This activates the blue positive loop, which slows chewing until the burden has been reduced somewhat.  When the blue loop kicks in, the behavior mode changes (green), greatly delaying the process: 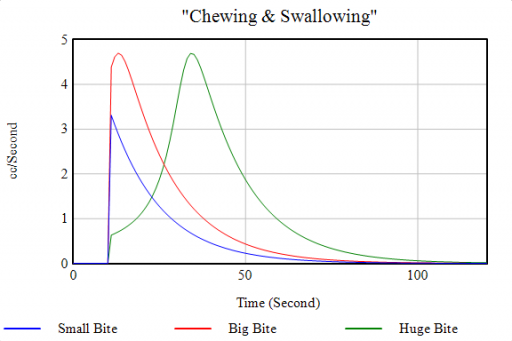 Emptying the ocean with a thimble

I think the futility of this endeavor is normally thought of as a question of scale. The volume of the ocean is about 1.35 trillion trillion cubic centimeters, and a thimble contains about 1 cc. But suppose you could cycle that thimble really fast? I think you still have feedback problems:

First, you have the mopping problem: as the ocean empties, the job gets harder, because you’ll be carrying water uphill … a lot (the average depth of the ocean is about 4000 meters). Second, you have the leaky bucket problem. Where are you going to put all that water? Evaporation and surface flow are inevitably going to take some back to the ocean.